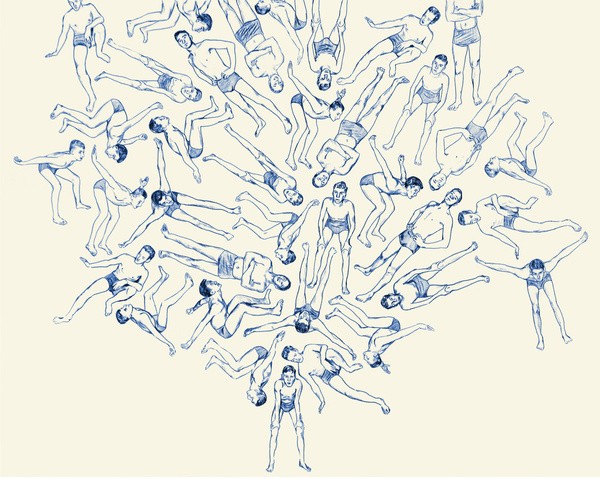 Jay Babcock makes patterns out of people. This is both as sinister and as decorative as it sounds, and it makes a sharp rejoinder to the kind of optimistic perfection of 1950s suburban America. What Babcock actually does is lift faces and bodies out of high school yearbooks, where they are posed in helmet hairdos and three-quarter views, or in feats of athletic derring-do. Removed from their context, they become flexible figures in his hands, able to be reconfigured in any number of jumbles and motifs, telling stories that Babcock devises for them, much as the outsider artist Henry Darger narrated his epic tales by copying found pictures of young girls. But Babcock’s pictures feel mischievous in their repetitive use of banal imagery, like those by the underappreciated Pop artist John Wesley. They use restraint and order to undo restraint and order. Look out.