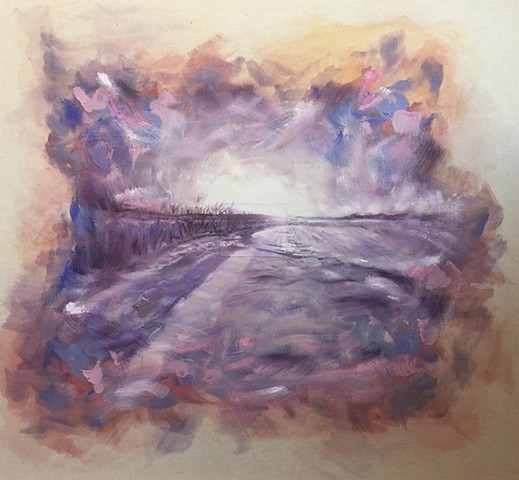 When we call a landscape picturesque, we are saying it looks good enough to be a picture. The word dates to the early 18th century, when ideas about the natural world were changing and the countryside was no longer considered something to be avoided but rather a place to be appreciated. The beauty of an icy river on a winter morning or a herd of buffalo meandering amid wildflowers—two of the vistas depicted in paintings by Maggie Kunze—has not always been as obvious as it is today. It had to be learned. There’s some recognition of that in Kunze’s canvases, which begin with old family photographs, continue in her impressionistic brushwork, and end in raw linen. The irony of our general appreciation for the wild, which today we have assumed to the point of taking it for granted, is that it comes as nature falls under greater and greater threat. The buffalo have been decimated, the streams polluted. What Kunze paints is more picturesque than ever before.