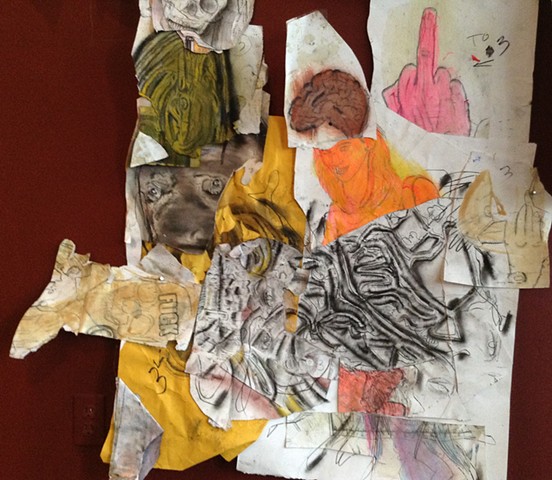 The subconscious remains a mystery until it bursts forth. When it does, it can be grotesque. Kurt Von Voetsch, creator of abject performances involving pig and cow parts, animal fat, body cages and corncobs, engages with his own publicly and fearlessly. In recent years, after a diagnosis of brain cancer and subsequent surgeries and medications, Von Voetsch has used his splayed open mind and memory as fodder for a series of terrifying drawings that mix body parts, pornography, the desecration of antique bookplates, and skilled draftsmanship. It is hard to have surgeons cut open your body to remove some of its parts, but it may be harder still to accept that inside you malignant tumors have been growing. When they are gone, can you still be whole?