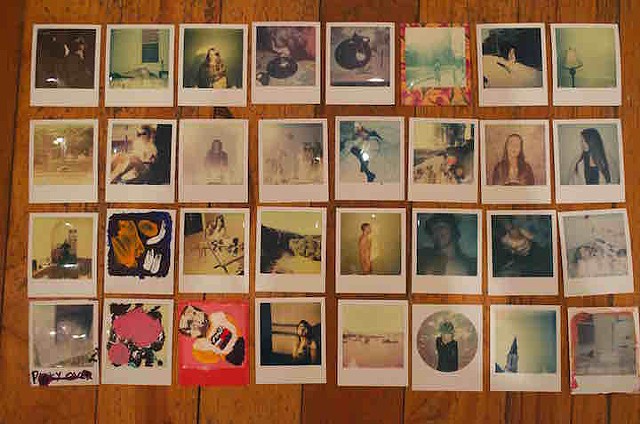 In an age in which most digital devices are capable of taking an excellent and infinite number of photographs and videos, almost none of which will ever be seen more than once or twice on a screen, Sergio Pineda takes Polaroids. Kodak stopped making the instant analog film in 2008, but it has since been recreated by a new company at a pricey average of $3 a shot. For that much money, every picture starts to count, an expectation challenged by the casual nature of Pineda’s images. In them are lovers, parking lots, building seen from odd angles, a lamp, vagrants, a tray of cocaine, nearly all of it in blown-out or scratchy colors. But it must matter, enough to expend precious film on, and why shouldn’t it? Nan Goldin proved it more than two decades ago in her intimate photographs of herself and her friends: life is worth recording, up close and from all angles.