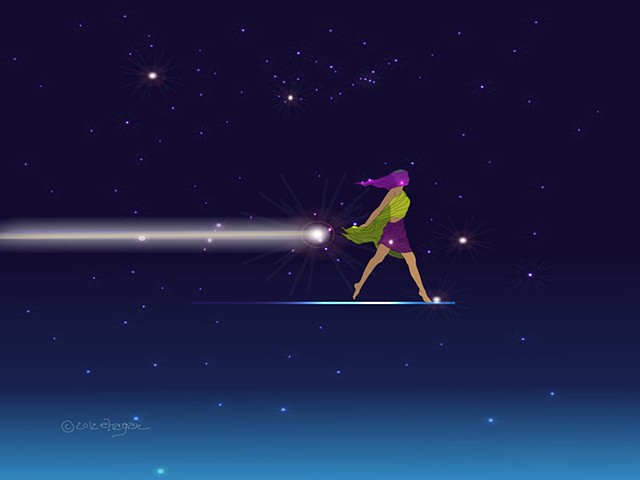 Around the time of the 2016 presidential election, I found myself taking solace in the night sky. The universe was still going to be intact in four or eight years, regardless of what happened down here on planet Earth. The portfolio of Elizabeth Hagan, who works as a graphic designer and also teaches meditation techniques, includes a series of images that seem to espouse a similar philosophy. In one, a woman draped in chartreuse and magenta prances lightly along the trail of a shooting star. In another, a young man sits on a blue light beam, clutching a letter and resting his head on his hand. The sky behind them shimmers a deep black-purple. Hagan’s illustrations predate current politics by about four or five years, but that’s just the point. Good or bad, now or then, this too shall pass. Meanwhile, the stars will keep on shining.