Patrick O'Hare
Wandering in a city is not as unlike walking in nature as one might think. Walter Benjamin put it well when he wrote about going “botanizing on the asphalt.” It’s a seemingly paradoxical statement borne out by the photographs that Patrick O’Hare has made since the beginning of New York City’s lockdown order. Working first in Brooklyn and Queens, and later up in the Hudson Valley, mostly in black and white but occasionally color, O’Hare has produced a series of pictures striking for their cohesion. Lines, shadows and stains command his attention regardless of whether he’s walking a forest trail or a sidewalk. The only real difference is whether these forms are created by utility lines and highrises or tree branches and ferns. The trick is to learn to perceive such things, and for that the lessons of the Situationist International are unparalleled. Their theory of the dérive, the drifting walk that has no purpose other than to be aware of one’s surroundings, to find the unexpected, to be influenced by what is already there but beneath most people’s notice, remains as pertinent now as it was in 1957 Paris. City or no city, wherever you are, open your eyes and pay attention. And then, if you happen to be a photographer like Patrick O’Hare, take a picture and share it on Instagram. 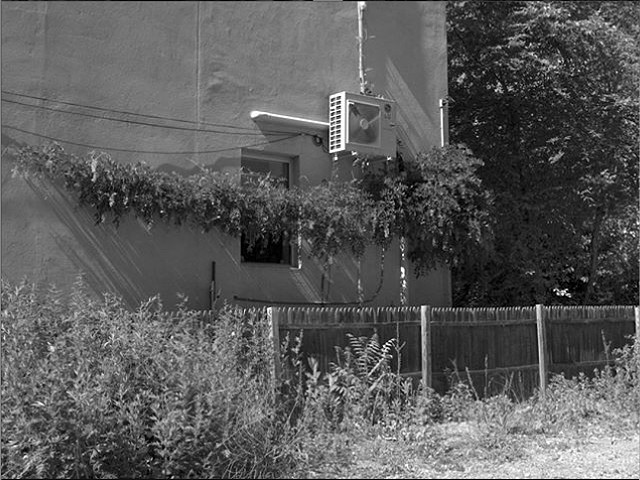