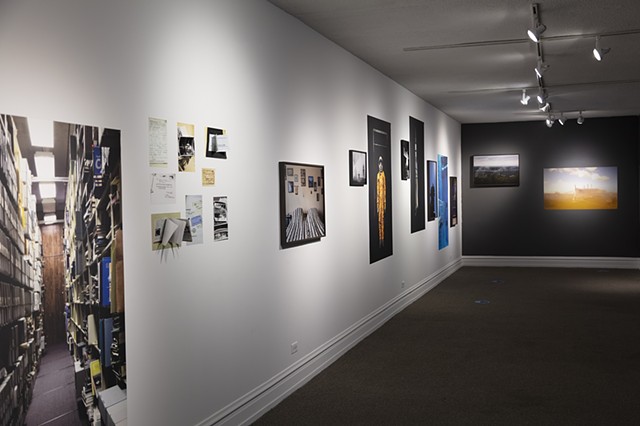 After the end of World War II, the U.S. government imported top Nazi scientists like Wernher von Braun, who moved to Huntsville, AL, and helped put the first Americans on the moon. Morality is rarely clear deep in the messes of history, politics and war, including those explored in Barbara Diener’s cleverly named project, The Rocket’s Red Glare, recently viewable by appointment at DANK Haus in Chicago. Diener reproduces elements from von Braun’s archive; pictures her friends posing as Jack Parsons, a founder of the Jet Propulsion Laboratory; takes beautiful arboreal photographs in Alabama and California; substitutes 480 screen shots of Peenemünde, where von Braun developed the V2 rocket for Hitler, for photos she could not take in person due to COVID-19 travel restrictions; piles up a wall of handmade black latex sandbags, with a nod to Nazi fetishism; and composes photomontages overlaying Nazi propaganda images with her own of the American landscape. The overall effect is to remind us of the enmeshments of past and present, individual and country, right and wrong.