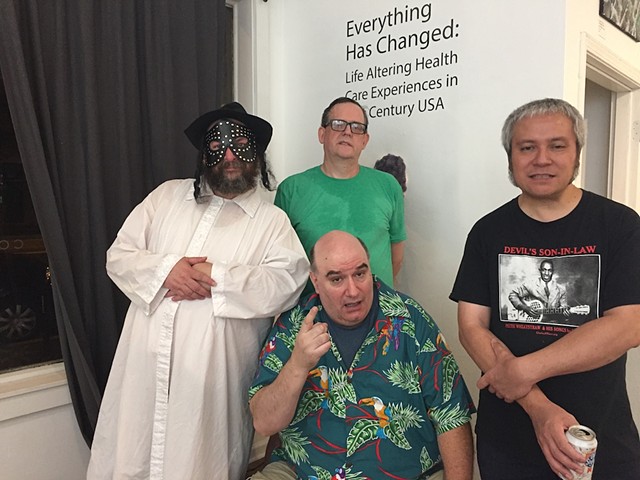 Drivers on the Eisenhower Expressway, one of Chicago’s main arteries, suffer from nasty traffic jams. How to express these feelings other than road rage? One answer is offered by local performance artist Sid Yiddish, whose on-stage persona combines Hassidism with punk anarchy, and who conducts using a system of gestures that includes beard combing, lip puckering, and arm farting. None of this makes for a peaceable convergence, but the resulting chaos suits the musical composition “90-Minute Delay On The Eisenhower”—think horns, discordant melodies that occasionally resolve, and the occasional “Where the hell did you learn to drive like that?!” Yiddish’s improv band, the Candy Store Henchmen, were meant to play a live version of the song at the April opening reception for Machine, a group show at Salt Air Gallery, postponed due to the pandemic. At least the traffic on the Eisenhower has lightened up some, thanks to the mayor’s recent stay-at-home advisory.