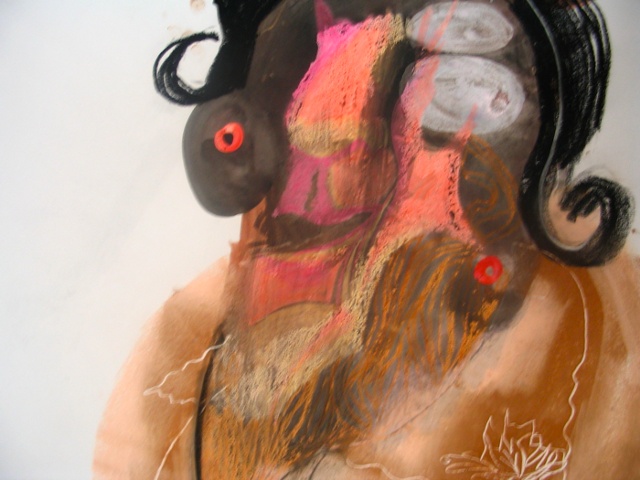 People are inherently messy, not in terms of the relative order or disorder with which they keep their stuff or run their lives, but rather in terms of emotion, personality, history, and relationships. It is this actuality that Erin-Monique Shelton depicts in her portraits, rather than the superficial tidiness of individuals. Hence the muddied, marred, and beautifully confusing figures that her subjects reveal, notably those named "Elsie Mary" and "Anaja." Curiously, it is those works bearing specific names that most compel, perhaps because they promise to reveal the most meaningful of disarrays, real human ones, rather the more obscure, aesthetic ones at play on a non-objective canvas. The mush of abstraction rarely holds as much promise as that of a person.