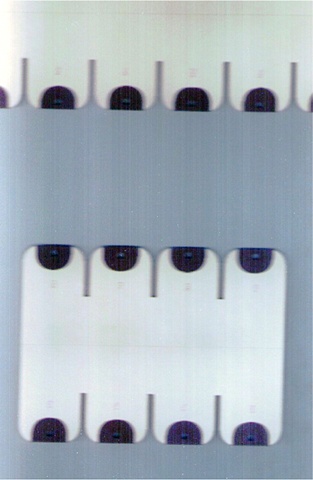 Bryan Baker’s day job is as a printmaker at Yee Haw Industries, but it’s easy enough to imagine him instead stuck in the back of an old corporate office, forced to file and re-file endless rows of manila folders. From amid such beige drudgery might logically—or illogically—emerge these hand-cut paper and letterpress works, wacky biomorphic forms that suggest at once piano keys, painted toes and fingernails, children’s illustrations, and paper filing systems. Gone wild, of course, from the stress of who knows what. The works’ utter weirdness compels all the more for being fashioned from such plain materials, using such old-fashioned techniques. Cut, stamp, press—and voilà, somehow, out the other end of the machine, comes something you’ve never quite seen before, something both familiar and strange, something that pulls at the imagination but also repels it. It does, after all, remind one of work.