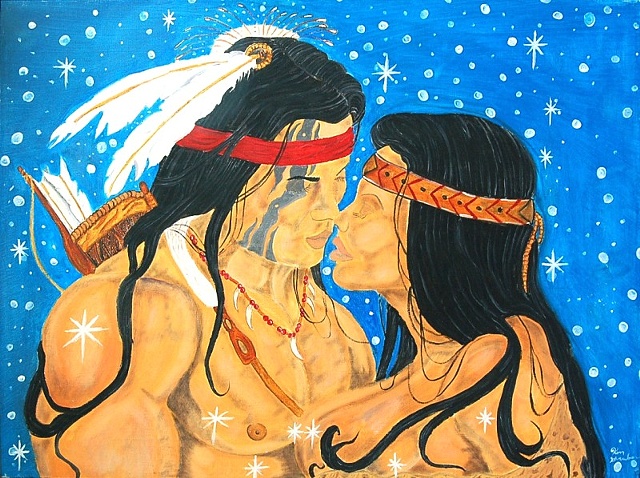 The subjects of Ken Gruber’s painted scenes—from sexy mermaid and bewinged He-Man warrior to thorn-wearing Jesus, dapper Phantom of the Opera, and strutting cowboy—seem at first unrelated. But cacophonous as they might be, they reveal the fantastic themes at work in the mind of a man incarcerated behind bars, where the power of the imagination can play one of its most notable, radical roles. The pietà forms a recurrent theme, structuring pictures of not just Mary and Baby Jesus, but also the grown Jesus and a young girl, a cowboy and his swashbuckling son, and the Phantom and Christine. However it is the blissed-out cowpoke riding a wildly bucking bull who comes closest to thematizing the act of dreaming itself; eyes closed, he rides as if in a trance, swimming in washes of yellow and ochre paint that taint the entire picture plane, melding cowfolk, animal, and rodeo into an unreal zone of desire, one that bespeaks a heady mixture of both freedom and control.