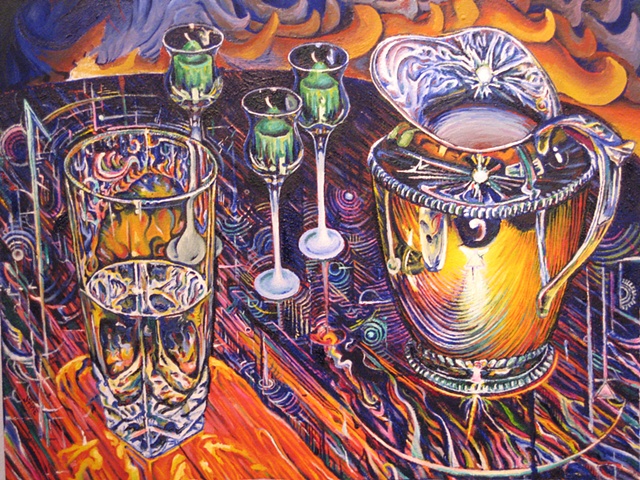 A meditative state can be achieved through many means, not least of which is the visual arts. Mandalas in particular offer forms for concentration, for the viewer as well as the maker. Daniel Stine’s untitled oil painting does not on its surface resemble a mandala—it reveals none of its typically concentric geometry—yet it has the ability to function as a meditative device for both spectator and artist. Stine spent well over a year painting and repainting, patterning and repatterning, the depicted still life. Fine and expansive in detail, worked nearly to the point of collapse, hours and hours of painstaking, careful work—grain upon grain of sand—are visible in each colorful brushstroke. Though the picture illustrates nothing more than a pitcher, a water glass, and three candles in long-stemmed holders, yet in its intense decorativeness it is endless.