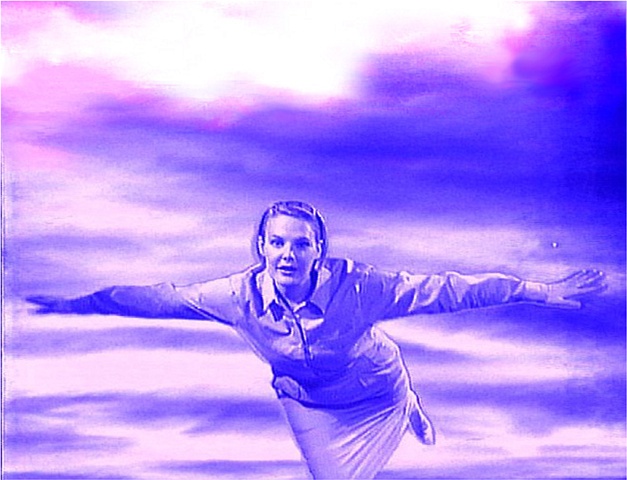 Sara Schnadt is a beautiful youngish woman with even features, blond hair, and a friendly smile. She could be an airline stewardess of yore, and in fact she does something of the sort in "Taking Off," a short slide show from 2007. Rather than give directions for saving yourself and your fellow passengers in case of an emergency landing, however, Schnadt offers six simple steps for taking off—for soaring solo, just flapping your arms and lifting right off the ground, with nothing more than your own belief in the impossible to sustain your flight. Each step is communicated through clear written instructions and charming line drawings which collapse the unexpected but, come to think of it, not at all unrelated aesthetics of airline emergency pamphlets, psychedelia, and computer desktop backgrounds. The result is a promise you want firmly to trust in—that you really can fly—even if it means suspending disbelief long enough to actually take a stewardess’s natural but forced smile for real.