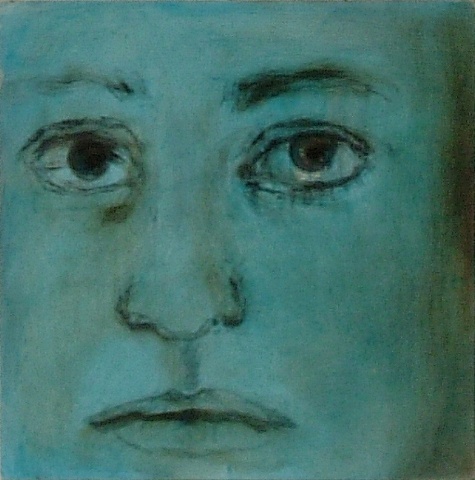 The days of skin tone equaling a rosy white are long gone. Bodies now come in colors from yellow to brown, red to black, and every tone in between. Blue, however, is not and never will be one of these shades, at least not for pulsing, healthy figures. And yet blue is the color of the backs and torsos and faces that fill the frames of Wendy Phillips Yeager’s oil studies, which show not corpses but living, breathing physiques, most of them female. Here blue is meant not literally but figuratively, or rather expressionistically, as a means of conveying what those bodies might be feeling, or else how the artist herself feels about them. Yeager is in good historical company when she takes this painterly liberty with her subjects — artists like Paul Klee and Edvard Munch long ago decided to morph bodies in one way or another so as to be able to express felt sentiments and not just seen forms. Where Yeager’s work does this best is in her small-scale studies on board, where an intimate and honest connection with the singular subject is palpable, rather than in larger works like Embraced, where multiple subjects appear processed and distanced, fit into pre-existing situations rather than taken as they are.