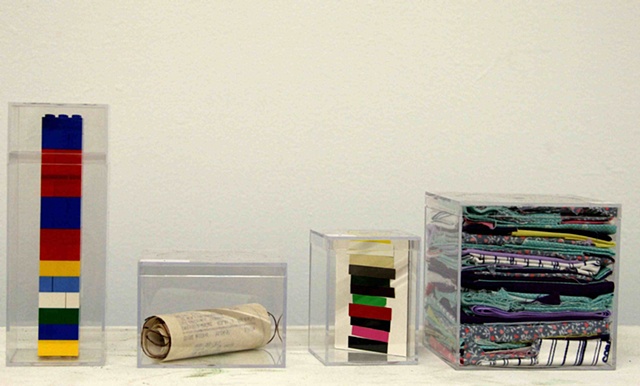 How to make sense of our place in the world? Generations of philosophers, writers, artists, and scientists have offered theory after theory, poem after poem, sculpture after sculpture, formula after formula in an attempt to sort it all out. Cory Imig offers another answer entirely to this question, one that involves paying close attention to the basic details of her own daily life and cataloguing them in charming, inventive visual ways. Unlike many others who have worked in this vein, in particular Danica Phelps, Imig takes her own life as subject without a trace of narcissism. And how could she? The results are simply too banal. She’s not tracking her innermost thoughts but rather all the money she spends in a year; all the places she goes in Savannah in a week; all the other Imigs in the United States; all the bright colors worn in the coffee shops she frequents. At the end of the day, week or year what does it all add up to? A portrait of this particular artist, yes, but really a portrait of an artist today, in terms of being a person who can deal meticulously and creatively with the barrage of information, objects, spectacles and more that constitute our everyday. Would that we all could—Imig’s methods, obsessive as they may be, are a modestly wondrous means of understanding life today.