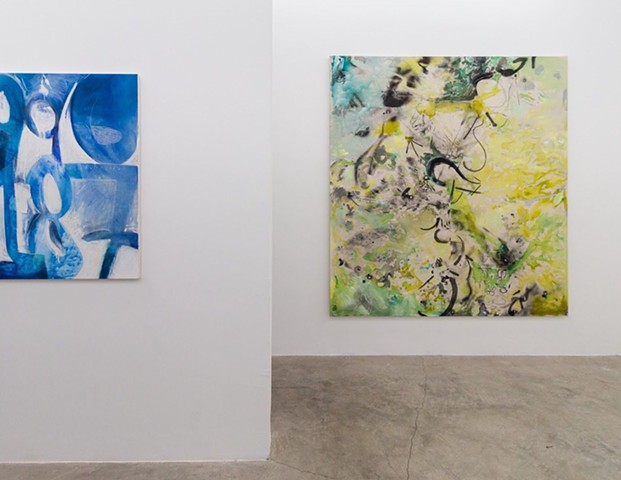 Do you believe? I don’t really, but I also don’t not. Who could be so sure? In TRILLION, a solo show of recent paintings by Suzanne McClelland, postponed and then open by appointment at de boer gallery in Los Angeles, I sense a kindred spirit of agnosticism. We’re talking numbers not god, mind you, and by numbers I mean statistics, formulas, time. Just the facts on which we constantly depend, ma’am. But McClelland makes palpably scratchy, washy, even chunky paintings, paintings whose brushy oils and polymers scrawl and swish and otherwise get up to no good. The numbers don’t stand a chance. They fly off clocks, tangle up chemical codes, and generally refuse to behave like the certainties they are supposed to be. Could 7284555 really be a healing code for panic attacks, as suggested by the title and content of a composition colored every shade of bruise? Probably not, but perhaps. Just in case, I’ll tuck it away in a safe place for later.