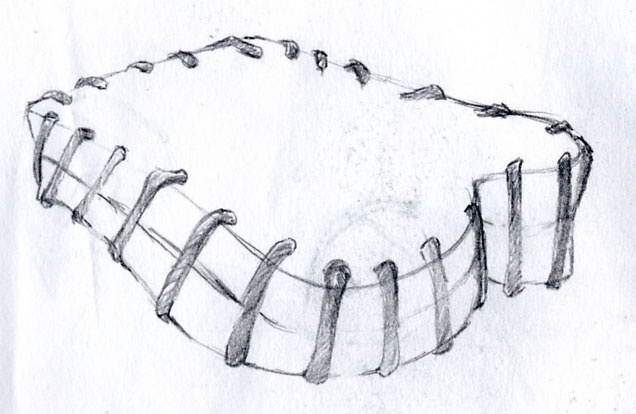 Cross a young Francis Bacon with an even younger Neil Gaiman, plus a heaping dose of light animé, and out comes a sketchbook like John Walsh’s. Deft, dark jokes on dieting in the form of a sandwich with stapled crust and a locked-down burger give way to fine pencil studies revealing, in one quirky instance, a trouser leg and shoe, the foot inside revealed through short, sharp and articulate lines. A mixed-media two-page plan for a large work features an as-yet-unclear story line involving a flooded house, monsters, and a king but gets bogged down in sloppy paint washes—the skilled lines of Walsh’s drawing style disappearing too quickly under the muck. One hopes His Majesty will come to the rescue.