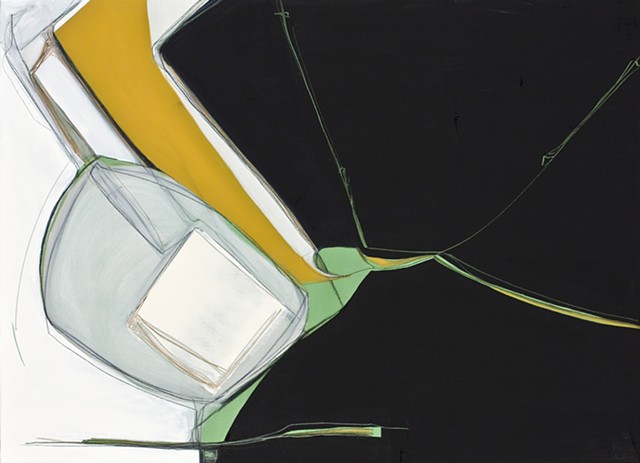 Rarely are abstract paintings as evocative as those created by Rose Umerlik. Out of layers of blocky oil patches, sketchy lines and scratched contours arise beautiful suggestions of a world seen from above: iceberg floes abutting one another, visionary architectural plans, tectonic plates in motion, and body parts pressed up against others. As radically diverse as these associations may be—remember, this is utterly abstract painting, and I am but one unique viewer—they all have one critical aspect in common. Namely that they create layers, overlaps, and spaces in between. The most poignant of these are the ones I see in those images that conjure bodily fragments: the space where two buttocks meet two legs, where fingers and nails press against one another. These might be the parts of one body or of two. Distances and continuance—two of Umerlik’s titles, as it happens—are implied either way. As are so many other meanings and sensations, most of them left up to other viewers to feel with their own eyes, as they surely will.