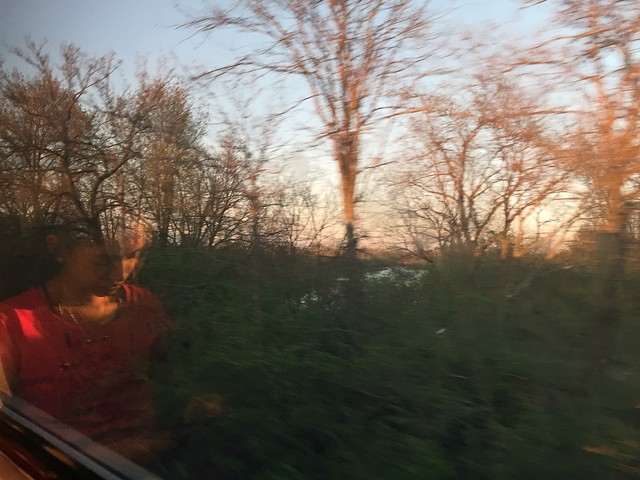 Jin Lee rides the train weekly between Chicago and Bloomington/Normal, and on those journeys she takes photographs: of snow tracing crop patterns, the sameness of so much housing, the colossus that is the Midwestern sky, the moodiness of the weather, the romance of a graveyard under snow, the unstoppable wildness of trackside vegetation, the neat graphics of utility wires as they draw lines across the firmament. Occasionally the train and its windows are visible, as edges around the frame or reflections on glass; sometimes Lee’s hands are there, holding open the pages of book. I rode that train recently and recognize many of the graffiti scrawls, the rusty white silos, the trees swamped in wetlands, the horses in paddocks, the streams between fields that Lee pictures—at least, I think I do. But actually I have no way of knowing, since Lee doesn’t provide identification or coordinates, and I recorded none myself. It’s all a blur, and so distinct, vividly present then gone—until the next train ride.