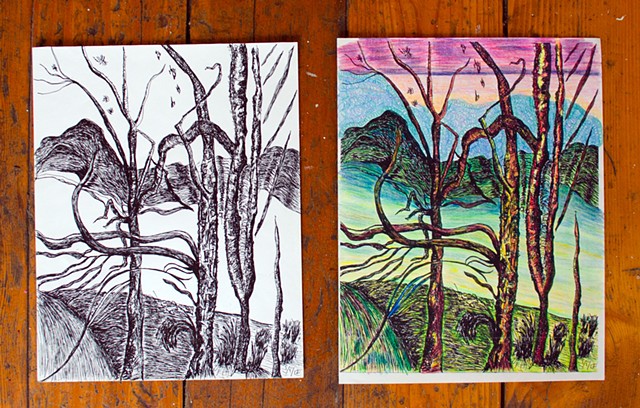 Previously the activity of coloring in between the lines had been thought the purview of children only, but the booming sales of adult coloring books and the art of Mark P. Morgan both prove this assumption dead wrong. Morgan draws dense, dark pictures of forests and fields, nearly covering the page with warrens of hatch marks and tangles of swirls. He’s been making these for years but recently started to make copies of them and color those in—and color changes everything. Where once were shadowy places now live bright ones: verdant moss, rich bark, blushing skies. Seeing two versions—colored and black-and-white—of the same picture is instructive. Seeing three or four would be even more so.