Erik Ruin
The aptly named Erik Ruin does well by printmaking’s longstanding history as the artistic medium of grassroots critique and political uprising. With all of his exhibits and performances cancelled for the foreseeable future, the Philadelphia-based shadow puppeteer and cut-paper artist has turned to making short videos for release on YouTube, complete with original scores by musician friends. Ruin’s animations are not for the faint of heart. “Survivors of the Plague,” set to a harrowing lament by Anna Roberts-Gevalt, aesthetically amalgamates our times with those of the distant past, whose stories of floods and pestilence seem suddenly relatable. “Erasures 1-5,” in which Ruin viscerally scratches out his own bold black-and-white portraits of Frank Rizzo, Christopher Columbus, Robert E. Lee and other great leaders of the racist enterprise, is complemented by the incessant video game shooting noises of Julius Masri’s Council On American Regicide. Ruin’s videos will not make you feel better, but they will make you feel. 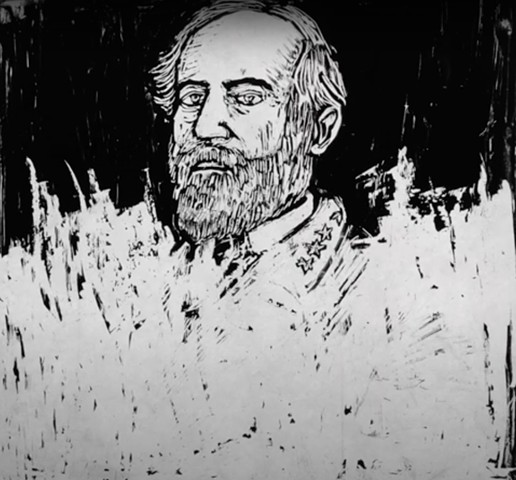