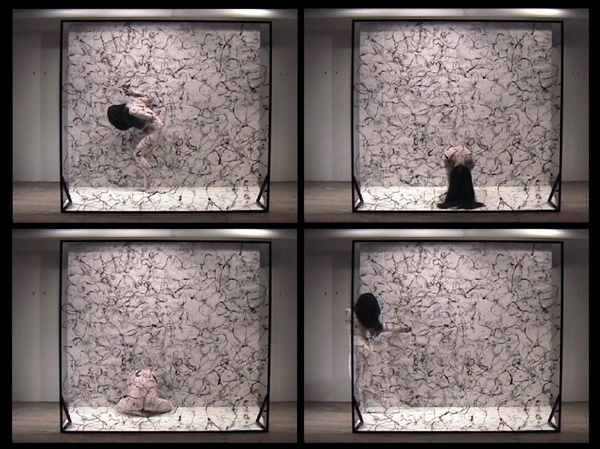 The artist’s model, the naked woman, poses at the center of the western art historical cannon: Botticelli’s “Venus,” Ingres’ “Odalisque,” Goya’s “Maja,” Renoir’s “Bather,” Manet’s “Olympia,” and so on. Of late these women have drawn a different sort of attention than that paid to them over the course of their own history, a critical questioning such as that enacted by Andrea Cote in “Stature,” a performance in which Cote herself acts as artist, model, muse and critic, all wrapped up in the same naked body. Installed atop a plinth, draped around the head and waist in a light white cloth, her skin covered in powder and her own black kiss marks, she holds poses from a set list of Old Masters. Viewers inevitably play a guessing game, testing their visual memory, trying to recall exactly what the lady in that masterpiece was doing—is that how she was sitting? Better still, they intuit the very real subjecthood of the endless female objects of art history.